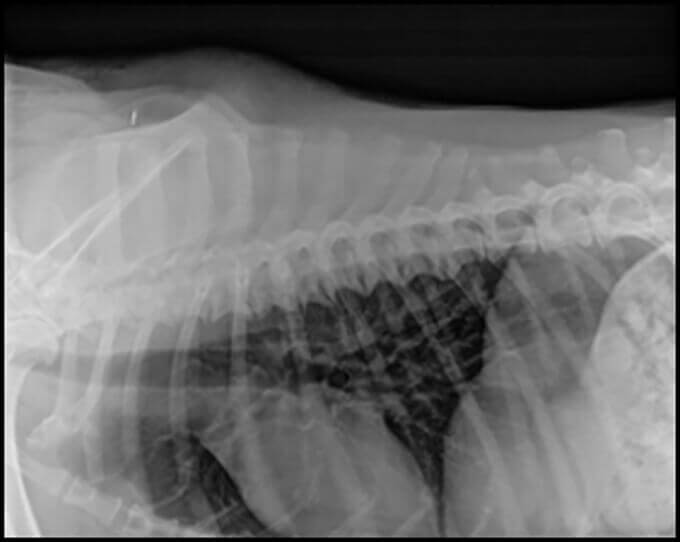 History
The patient was presented for an annual geriatric wellness exam with no owner complaints.

Physical Examination
No significant findings for a geriatric patient. No pain was noted during the examination.

Physiological Screen with Digital Thermal Imaging
The patient was acclimated to room temperature, was not handled during acclimation, and remained calm during image capture. A standard set of 10 digital thermal images were captured with a Digatherm IR camera.

Evaluation of the Thermal Images
All anatomical areas of the patient were thermally symmetrical except for thermal asymmetry within the thoracic paravertebral musculature and scapular regions (Fig. 2).

Additional Diagnostics
When the thermographic image was shown to the client she remarked: “You know, I touched that exact spot a few weeks ago and it seemed painful.”
A radiographic study was recommended and the client readily complied.
Radiographs indicated spondylosis deformans of the thoracic spine (Fig. 3). 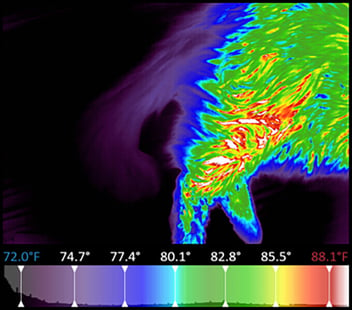 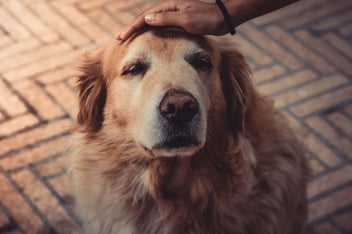 Age is not a disease, but geriatric patients do have old problems.
Read more 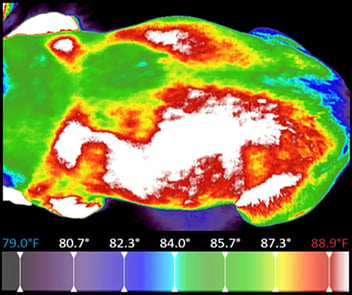