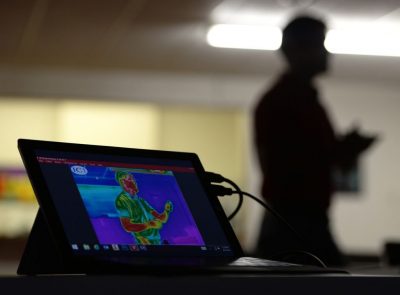 Below is the Beaumont Enterprise report by Manuella Libardi.  All photos are courtesy of Jake Daniels.  You can also view the story on BeaumontEnterprise.com

A Beaumont company manufactures a device it is using to help countries stop the spread of the deadly Ebola virus, which has claimed almost 900 lives in West Africa since March.

“You can see if somebody is sick coming through the airport,” said Joe Strahan, whose father, Gary, founded the company, which has 12 employees. Joe’s sister, Jennifer, and brother, David, also work there.

China bought cameras from the Strahans for airport use, Jennifer Strahan said. Airports in other countries, such as Qatar, South Africa and Denmark, have installed similar cameras purchased from other companies to spot people with diseases.

Gary Strahan, Infrared Cameras Inc.’s CEO, will fly to West Africa on Friday to image Ebola-virus patients and collect data that could assist the Centers for Disease Control and Prevention to spot patterns in the patients’ vascular system. Ebola is not airborne like the flu and can only be spread through human-to-human contact, like direct or indirect contact with bodily fluids.

The camera screens a person’s face, highlighting the hottest spot – the tear ducts – and calculating the surface temperature of the person’s body.

The human body emits infrared light. When the camera’s sensor picks up the light, it converts to a temperature measurement, David Strahan said.

If the temperature exceeds 100 degrees Fahrenheit, the person might have a fever.

Thermal-imaging cameras first gained attention as a means to protect airports from infection in 2009 during the swine-flu scare.

In the U.S., the cameras have a range of medical purposes, including cancer detection and prevention. 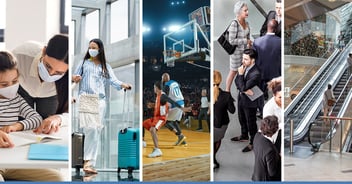 Many businesses are using handheld temperature guns to scan their...
Read more 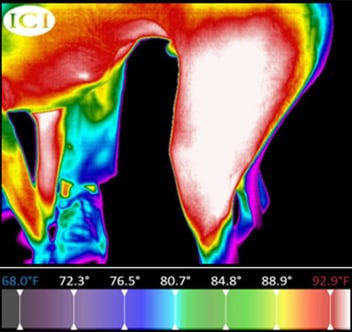 The more information you can get about your patients, the easier a...
Read more